Infrared Integrated Systems Ltd, generally called Irisys, is the largest global provider of people counting solutions. We design and manufacture technology that measures how buildings are used by people, to enable improvements and optimisations through informed decision making.

As a recognised leader in the retail analytics industry, in recent years we have brought our expertise to the workplace with a range of smart building solutions.

Trusted by major organisations around the world, our technology is utilised in sectors varying from retail, banks and transport to leisure facilities, public buildings and corporate offices.

With a strong history of innovation and reliability, Irisys became part of the Fluke Corporation in 2012. World famous for the durability of their tools, Fluke is a global leader in test and measurement instruments.

Founded in 1996 by a small group of scientists and engineers, Irisys developed infrared thermal imaging technology for the security and fire safety market. By adapting high cost military technology, Irisys engineers were able to produce radically cheaper devices and quickly realised that the technology behind counting people for security purposes could also be applied to other sectors such as retail.

Here, people counting is used to collect retail analytics and measure store performance. This quickly evolved to include the grocery market as supermarkets utilised Irisys technology to measure their queue lengths and optimize customer service.

More recently, Irisys have expanded their sensor portfolio to include a highly accurate infrared time-of-flight device. Leveraging our years of experience, this device sets the gold standard for people counting accuracy and is a key component of our latest solution, an occupancy analytics platform for workplaces and corporate offices.

Our commitment to pushing technological boundaries and our highly educated workforce ensure we stay ahead of the competition.

Like most engineering companies, we talk to our customers to identify the problems they are experiencing, and then develop solutions that meet those issues.

But Irisys is a bit different, because we also invent things that no-one has thought of before. 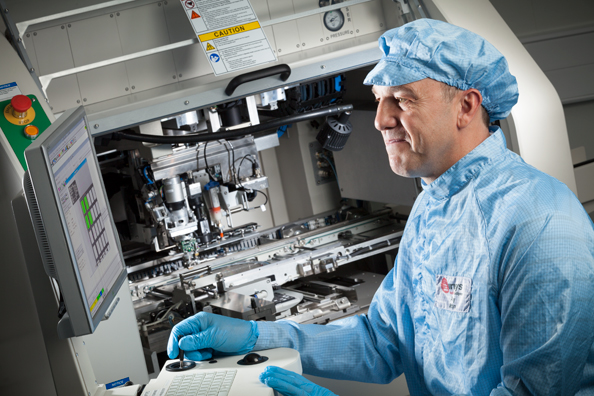 The QueVision system deployed by Kroger, powered by Irisys sensors, was responsible for reducing customer waiting times from over four minutes to less than 30 seconds. This technology allowed Kroger to rank 3rd in the Information Week Elite 100, a list of top business innovations of 2014.

2012 - The Queen’s Awards for Enterprise: Innovation

In 2012, Irisys won its second Queen's Award, this time in the sought after Innovation category. The highest official UK recognition for businesses, our Queue Management technology used by many of the World's leading retailers, including Tesco, Kroger and many others.

As a result of our strong performance in 2011/12 Irisys was awarded the title of fastest growing technology company by the Sunday Times ARM Tech Track 100.

2011 - The Queen’s Awards for Enterprise

Irisys won its first Queen's Award during 2011, in the Enterprise category. These prestigious titles are awarded by HM Government to British companies that are at the very forefront of their respective industries.

In 2006 our Queue Management solution enabled the UK’s largest grocery chain, Tesco, to scoop the prestigious Retail Week Customer Service Initiative of the Year, thanks to their hugely successful One-in-Front campaign. Sir Terry Leahy, Chief Executive of Tesco, cited this as a key factor in boosting Tesco’s profits.

Irisys' pedigree in high-tech research and development was recognised by the European Electronic Industry Awards back in 2003.